By TrustGo Security Labs On February 1, 2012 In Security

In-app mobile advertising grew explosively in the year 2011 as more and more mobile apps were developed, and it’s now projected to be at least a $2 billion industry. Just how popular is it? In Google’s Android Market, 50% of all free apps communicate with at least one mobile advertising network. 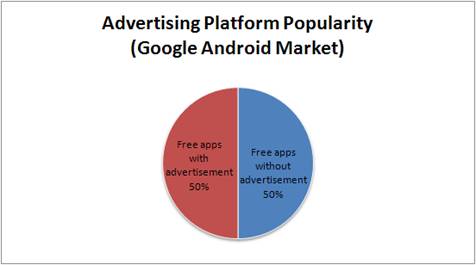 If we look at the alternative markets alone, the percentage is higher, with nearly two-thirds (61.4%) of apps containing mobile ads.

In-app mobile advertising indeed brings money to app developers, which easily explains the numbers above. For the user, beyond being a source of minor annoyance, it may also be a security and privacy risk.

Here are some of the issues we identified:

Mobile advertising is a big threat to a user’s privacy. We observed that 88% of mobile advertising platforms leaked information–in clear text–that could be used to identify the user or device, such as the IMEI, IMSI, etc.

28% of the mobile advertising platforms leaked the user’s phone number; these platforms are currently embedded in about 36,000 Android apps worldwide, which have been downloaded more than 1.3 billion times in total.

Code snippet from another platform:

Some of them send the phone number in binary format via an HTTP POST method:

Mobile advertisements are sometimes used for app promotion. When these ads are clicked, the user will be redirected to a download page, or an application will be downloaded automatically without clear notice.

30% of mobile advertising platform have this type of advertisement. Of those, 70% directly download an application package, instead of using Android Market. Downloading the application directly is a huge security risk. Since the app being downloaded is provided by an advertiser, instead of a trusted source, malicious advertisers can easily use this method to distribute malware. This technique has already been used by some malware, such as the “GGTracker”, which was discovered in June 2011.

Fortunately, the practice of sending unsolicited text messages is not yet as widespread, though we still found some perpetrators. For example, one of the platforms provides a JavaScript file for the advertiser to embed in their web page. This JavaScript contains code to directly send a text message through the Android Java sendTextMessage() API.

Since the web content is controlled by the advertiser, the advertiser is able to control whether a message is sent, as well as what’s included as message content.

Some advertising platforms induce the user to make a phone call to the advertiser. These platforms make the calls in two different ways: by bringing up the system dialer UI, or by calling the number directly.

Among those platforms making phone calls directly, we found that only one of them makes phone calls without user confirmation, while all the others will show a dialog before the call is actually made.

Creating advertisement shortcuts on the desktop

Some applications add a shortcut linked to the advertiser’s website without the user’s awareness. 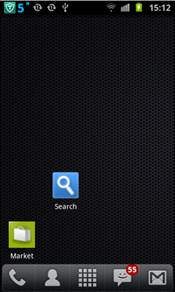 We found that one of the advertising platforms writes advertisements directly to the user’s SMS inbox, which tricks the user into thinking that he/she has just received a message from a trustworthy sender.

Some advertising platforms can push ads to the user’s phone, usually appearing in the notification bar. The push features are commonly implemented using an Android service. Once started, the service will be always running, even if the user exits the app. Some applications will even configure the service to start automatically at each system boot.

We believe that uncovering these security and privacy issues surrounding in-app mobile advertising is important for both mobile end-users, as well as developers. As a user, without awareness of these threats, your identity and personal data could be at risk. For developers, it means that an app you write may be collecting sensitive data or performing other malicious tasks on behalf of your advertiser, without the awareness of you or your customers.

Here are some suggestions for mobile users:

If you’re developing an Android app, here are some recommendations: